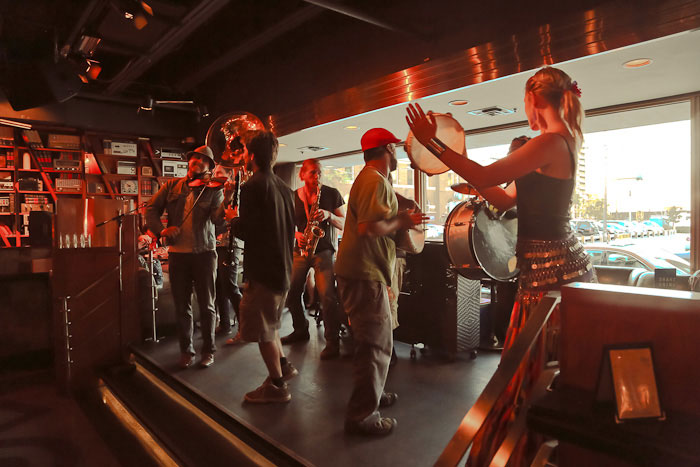 One of the provinces top culinary festivals returns in September for its fifth year, with a blend of food and drink inspired events. This year the fesitval is expanding in more ways than one. Five marquee events celebrate all things Perth county along with a number of tutored tastings and seminars. Festival organizers were at hand at the Drake hotel last night to announce the lineup, along with special guests, Mercer Hall providing the food, Monforte Dairysampling three of their cheeses. Wines were provided by Chateau des Charmes and beer by Mill Street. 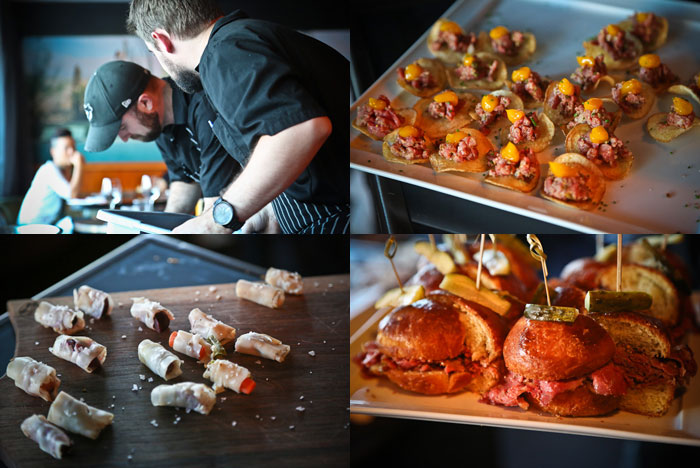 Few festivals in Ontario are able to achieve what Savour Stratford does, highlightling the regions best qualities with a series of high quality food events.

Some higlights from the 2011 festival;

The full schedule can be viewed online, brace yourselves, there are a lot of events. I had the chance to sit down with festival programmer and Perth County champion Danielle Brodhagen to candidly chat about how far the Savour Stratford festival has come and whats in store for the 2012 festival.

Suresh Doss: The Savour Stratford festival is a big show. Four years, dozens of events, and thousands of attendees, how are you feeling?

Danielle Brodhagen: To be honest sometimes its overwheleming, to think of how quickly weve grown and where we are now. The very first year there were six of us, and we had to work very quickly to get things going. Now, sponsors are coming to us, bands that want to play are coming to us. Its a gratifying feeling but its also overwhelming. Before we would have to explain what the Savour Stratford culinary festival is, but now we dont have to explain it. People know the festival.

SD: Even last year, the festival took over the town.

DB: That was secretly my goal along. I want everyone (in Stratford) to feel like they can leave their homes and be a part of it. But not in an overwhelming way. The locals celebrate with tourists, its that kind of food festival.

SD: Last year, you shutdown a few streets. You had that big barbecue truck, and there were the culinary demonstrations in market square. How big is the festival this year?

DB: So the layout has completely changed. The tasting tents where the Sunday tasting takes place are being moved to market square. Its double the space. Weve expanded on our culinary stages as well as well as the Stratford chef school learning centre. Weve also expanded the market to go into downtown Stratford. There are food booths all throughout the site this year. From food trucks to vending booths.

SD: How many attendees are you expecting this year?

SD: So what are you really looking forward to this year?

DB: One of the events Im really looking forward to is the culinary breakfast. Top chef winner Carl Heinrich and previous contestant Connie Dsouza. Theyre basically going to host a Top chef live with the audience. Theyre doing a quickfire challenge over breakfast and talk about how their careers have advanced since Top Chef. I think thats going to be a really special event. A few tickets are still available for it.

DB: Thats at the Country Club. The other event Im really looking forward to is the BBQ Blues and Brews. This year I think Ive found the sweetspot. We found the most amazing southern barbecue company, Hog Tails BBQ Road Show. Ive spent the summer researching southern barbecue, and theirs is amazing. Youll get a platter of their best offerings, and the music is New Country Southern Rock. I think it will just blow us away. Three bands, Ginger St. James, New Country Rehab, and Dry County. Theyre all from the region.

SD: What about the grand tasting. The big show that everyone looks forward to on Sunday.

DB: I think all the chefs are going to step up their game this year because theres a cash prize going to the top winner. None of the chefs are revealing their menus, and weve tried really hard to get the menus from them but theyve been quite secretive about their menus. They dont want anyone else to know what theyre doing.

SD: Most people dont know that there is some criteria to how you pair producers and chefs.

DB: Yeah the chefs are paired with farmers and producers, and they have to make sure that the farmers or producers are the highlight. For example if a chef is paired with a vegetable farmer, they have to highlight the vegetables from that form, they cant just use pork or something else as the main ingredient. And the farmer and chef have to be at the table during the event.

SD: How many producers and chefs do you have this year?

DB: We have 50 stations overall, 30 chefs with producers, and breweries, wineries, a few chocolate producers.

SD: So who are the new players?

DB: Well Mercer Hall is a big new addition. Theyve taken the city by storm. Everyone is going to be watching them. Cambridge Mill is also new. The Prune and chef Bryan Steele has really revamped things. Also Madelyns Diner, Justin Biebers favourite place, is participating. Shes known for her homemade butter tarts, and has used local ingredients for quite some time.

SD: To me the Savour Stratford Sunday Tasting is always a highilght. It gives me a good sense of where Stratford is as a culinary destination in that particular year. Youve seen some of the top producers in that tent go on to feature their products throughout Ontario. Where is Stratford right now in terms of the culinary scene?

DB: You see less multi course menus, smaller plates and shareable plates. The weather has been great, so the patios are packed. Mercer Hall has really taken the city by storm. Down the street is amazing, its a very busy bar. You cant go downtown on a weekend without a reservation. It just seems like the streets are buzzing with people and I think that largely has to do with the weather.

SD: Lets say a Savour Stratford newbie wants to come to the festival for the weekend. What three events would you recomment for a proper introduction to Stratford.

DB: I would pick one tutored tasting on the Saturday. Maybe the fortified wine tasting or the scotch tasting. Id go to the Gala reception because thats where youll see all the chefs. Its an intimate event and a new event. Then I would do the the Sunday tasting. I wouldnt buy a VIP ticket, because the lines arent that bad. Id buy a regular ticket and attend that.

SD: Any other tips?

DB: The most common thing we hear is that people miss events. They didnt know about an event or didnt get a chance to buy a ticket. So just check online for all the events and grab your tickets early.