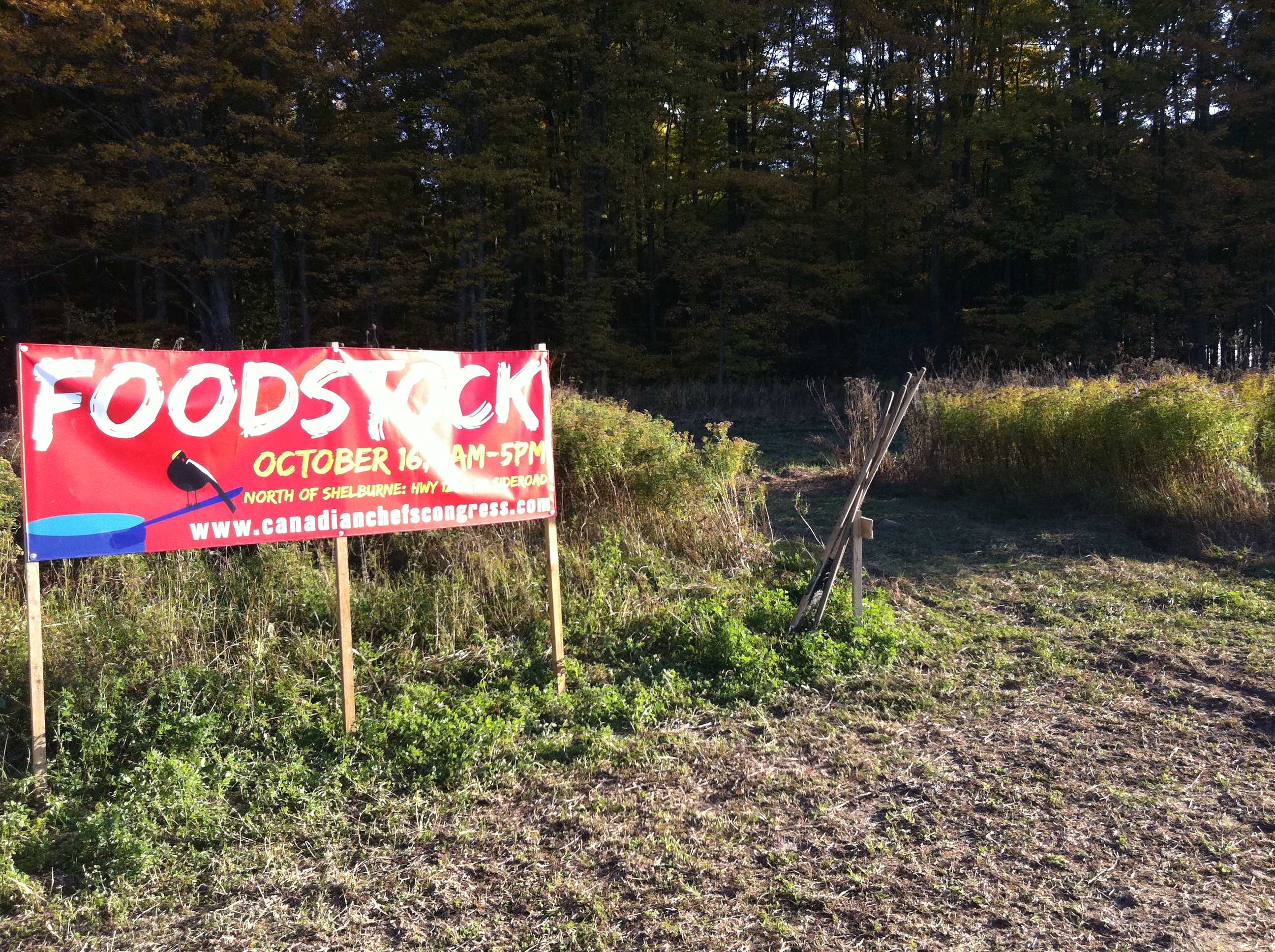 The Foodstock festival on October 16 near Honeywood, Ontario is designed to raise legal funds to fight the application made by The Highland Companies to build a limestone mega quarry northwest of Toronto.

The proposed 2,316-acre, open pit quarry is of particular concern to local farmers, environmentalists, and those in the area’s tourism industry. As well as the destroying prime farmland the project would require the pumping of 600 million litres of water per day. Concern has been raised that the original blasting and then regular mining operation will endanger the rivers which have their headwaters in the area.

As can been seen in this video opponents to the mega quarry project have ranged from Conserative MP Hon. Michael Chong to retired CBC broadcaster Andy Barrie.

This week I was lucky enough to be offered a preview of the event. Lucky, I say, in large part because said preview involved a seven-course lunch cooked by a team led by Chef Michael Stadtlander of Eigensinn Farms. 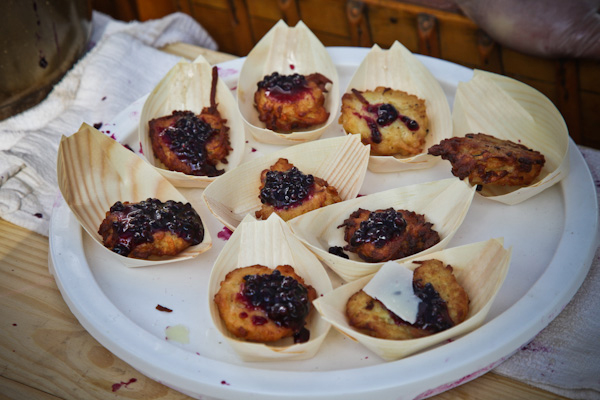 Served on cabbage leaves or oyster shells, each delicious coursefrom potato soup with local (as in the next field over from where we sat) brussel sprouts, to Eigensinn pork leg with its crisp-savoury crackling and perfectly al dente roast cabbagewas a workshop in seasonal food.

This lunch was an appropriate showcase for an event that will feature chefs from Toronto, further afield in Ontario, and a few from across Canada. Right now, the list just from Toronto runs to fifty-seven top-notch chefs. Name your five favourite restaurants and chances are three are on the list. (Marben, Jamie Kennedy Kitchens, Splendido, and OB’s Chef Walsh are a few examples.)

On the actual day of the event, guests, when not enjoying musical performances by Jim Cuddy or Sarah Harmer, will walk through the bush visiting the chefs’ stations. This woodlot is owned by one of the farmers that has turned down an offer from Highland Companies to buy his property and is directly across the highway from the proposed quarry site. Chefs have been asked to prepare about 1,500 portions each, using produce donated (largely) by farmers in Melancthon Township.

The event will run from 11 a.m. to 5 p.m. on October 16,  but organisers are making arrangements to accommodate more than 5,000 cars so it’s best to arrive early. Slow Food Toronto has generously arranged for buses to takevolunteers and attendees from Toronto.

In this part of the province, well outside urban sprawl but south of ski country one really gets a sense of how important farming is. These are big farms that are rarely less than 200 acres and the ninety-nine property owners who sold to Highland thought their land was going to create a huge potato-farming operation.

As well as attending the Foodstock fundraiser organisers are encouraging Ontarians to contact their local candidates for MPP to ask them to make this an issue in the upcoming provincial election.