During one Food Truck Eats and the Tasty Thursday events last year, The Street Food Vendors Association conducted a survey where they asked consumers to offer their thoughts on street food in Toronto.

Street food has been a hot topic in Toronto for the last eight months. Because of the citys bureacracy and an archaic set of rules (a moratorium placed by council in November of 2002), new street food vendors (trucks or carts) are not allowed to operate in public spaces within Torontos downtown core (Wards 20, 27, and 28). So, all the existing food trucks (currently about a dozen active trucks) operate with the assistance of BIAs, owners of private spaces, and event organizations. The Food Truck Eats events that I have organised are designed to create awareness and to showcase the desire for more street food options in Toronto. 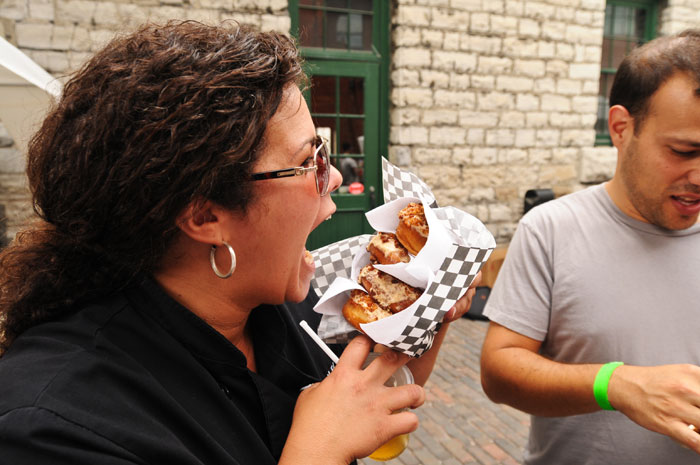 The City of Toronto established a street food working group to re-evaluate licensing and bylaws, but judging by their progress so far, it might be safe to say that there wont be much progress in 2012 from this group, which is why events like the Toronto Underground Market and Food Truck Eats are important. 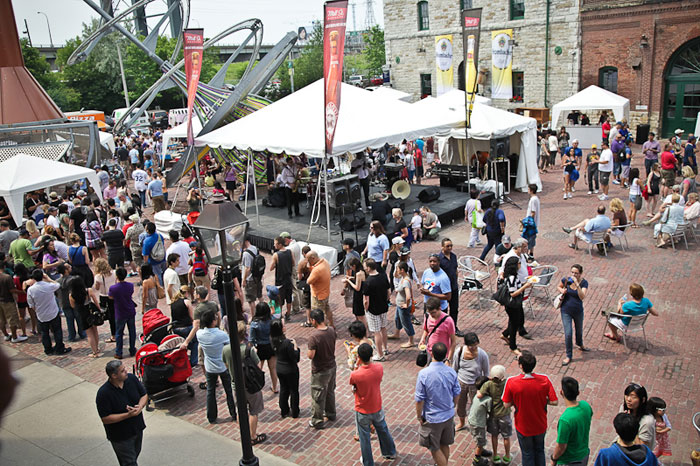 During the second Food Truck Eats event last year, Marianne Moroney (Executive Director of the Street Food Vendors Assocation, and cart operator) conducted a survey with consumers asking them what they thought about food trucks and what they want to see in the future in Toronto. Although the survey polled a small group (387 in total between FTE and Tasty Thursdays), it is a good example of what this city wants. 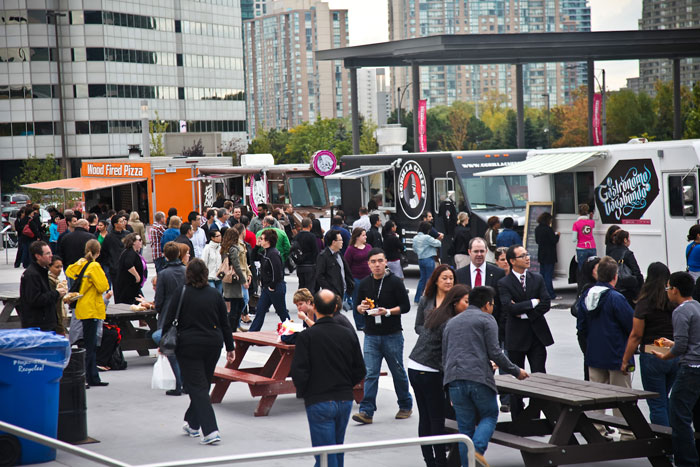 Here is the report from SFVA.

As directed by the Street Food Working  Group, Enterprise  Toronto conducted a survey of street  food customers who attended the Tasty Thursday events at Toronto City Hall, on August  11and 18, 2011, and at the Food Truck Eats event in the Distillery District on August  20, 2011. The same survey was completed by randomly-selected
customers  of several of the citys  hot dog vendors  as coordinated by the Street Food Vendors Association in the last two weeks of August  2011.

When asked what they thought the City could  do to improve the street  food  in Toronto, survey respondents offered  the following verbatim responses:]

As indicated above, the overwhelming majority of respondents would  like to see more variety  in the street food available. Additional respondent comments suggest  that Variety is defined  as:

The most  commonly cited  ethnicity of desired  street food  was Asian. Street food consumers also would  like  to see more locations to purchase  street  food. One of the top four  recommendations was for the city to stop over regulating street  food vending additional respondent comments suggest  that  street food  consumers wish the City to let market forces, rather than regulation, determine the variety, location and volume of street food vendors.

Interestingly, a number of respondents want to see food trucks that are allowed to travel to different locations in the city rather than fixed locations.

Its no surprise that with a city that has a rich food culture like Toronto, there is a demand for more (better) street food options. With the Food Truck Eats events, weve seen our attendance rise from 3,800 to over 20,000 at (Food Truck Eats 3). The real question is: When will the City listen?

The next Food Truck Eats is this Thursday, January 26th at UofT. Details here.